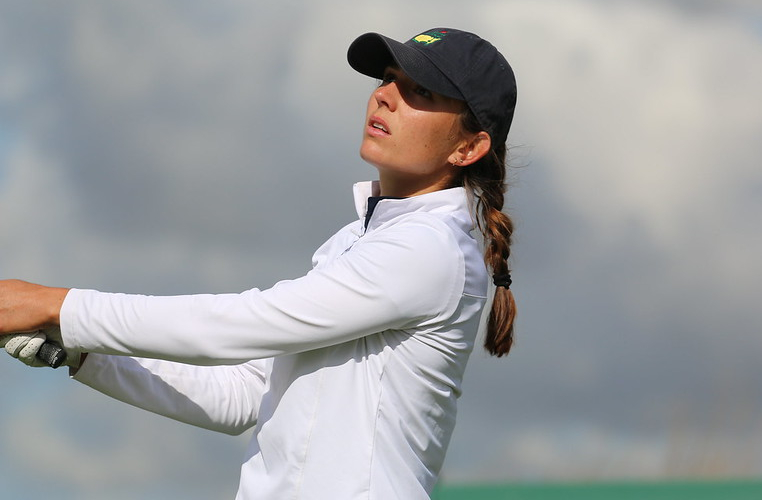 French amateur Charlotte Liautier claimed the early lead on the first day of the Flumserberg Ladies Open in Switzerland.

Liautier fired a phenomenal opening round of 65 to be seven-under-par at the Gams-Werdenberg Golf Club.

The Frenchwoman opened her round with a brilliant start on the front nine carding an eagle on the par-five fourth hole, as well as birdies on three, five and eight to make the turn in 31.

Full of momentum, Liautier made three further birdies on the back nine and only dropped one shot to propel herself to the top of the leaderboard.

“I didn’t play my driver because I’m not very sure with it. I tried to hit the fairways and greens. As the greens are a bit slow you can be more offensive. That’s probably the main reason why I had so many birdies,” said Liautier.

“This is the first time I’m leading at a professional tournament. I’m really happy and confident heading into the next two rounds and also next tournaments. I am planning to turn professional at the end of the year, so this feels good.”

Liautier, who joined the LET Access Series earlier this year, has enjoyed a good run of results with three top-ten finishes in 2021 and sits 20th in the Order of Merit with 285.50 points.

She added: “I joined the LETAS this year and it’s a great series. It’s good to play with the professionals because you learn something every time. I would like to go on the LET next year and since I have my membership with LETAS I’ll try my best to finish top 6 on the rankings.”

One of the highlights of the day came on the par-3 11th hole when Sweden’s Sofie Bringner made her second-ever hole-in-one.

Two strokes behind the leader is Denmark’s Fie Olsen, who carded a round of 67, which included six birdies and one bogey.

German amateur Charlotte Black sits in third place on four-under-par, while three players are tied for fourth on three-under-par including Order of Merit leader Lily May Humphreys.