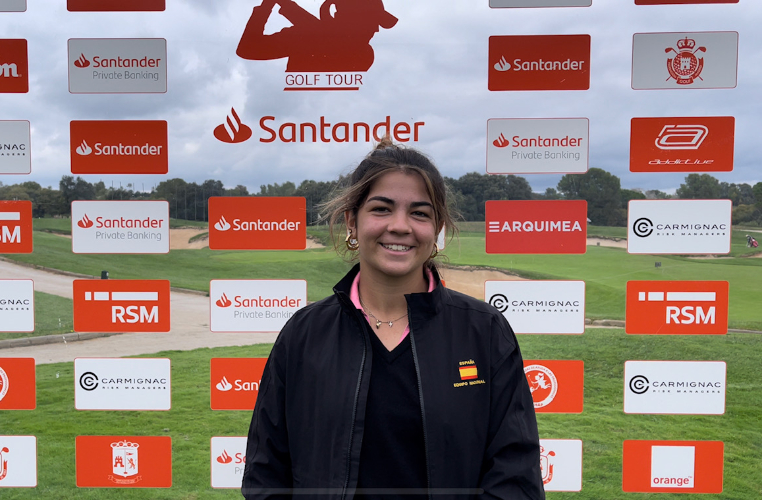 Two amateurs are at the top of the leaderboard following the first round of action at the Santander Golf Tour Barcelona.

The course proved to be a tough test for the field, with Canado carding five birdies during her round as well as four bogeys.

“I felt very comfortable today, I played my game, and I really enjoyed the return, stroke by stroke,” said the Catalan golfer.

“These tournaments are very different from what I am used to, you realize the reality and how hard the professional world is, and the truth is that you gain experience and learn a lot in every professional tournament.

“Today I have been able to nail the green shots very well since in this course it is very important to catch greens because of the difficulty of approaching them.”

While Liautier, who is 17th in the Order of Merit, produced six birdies, two bogeys and a triple bogey for her round of one-under-par.

Three players are tied for third place after shooting rounds of level par (72) including Sweden’s Sofie Bringner, who sits fourth in the LETAS OOM.

The Swede is joined by Czech golfer Sideri Vanova and German amateur Helen Briem, who was a member of Europe’s winning 2021 PING Junior Solheim Cup team.

Six players are one shot behind in T6 after firing rounds of one-over-par (73) on the first day including amateurs Erika De Martini and Emma Bunch.

They are also alongside Spain’s Mireia Prat, plus Korea’s Nayeon Eum and England’s Rachael Goodall – who are seventh and fifth, respectively, in the OOM.

Keep up to date with the scores here.