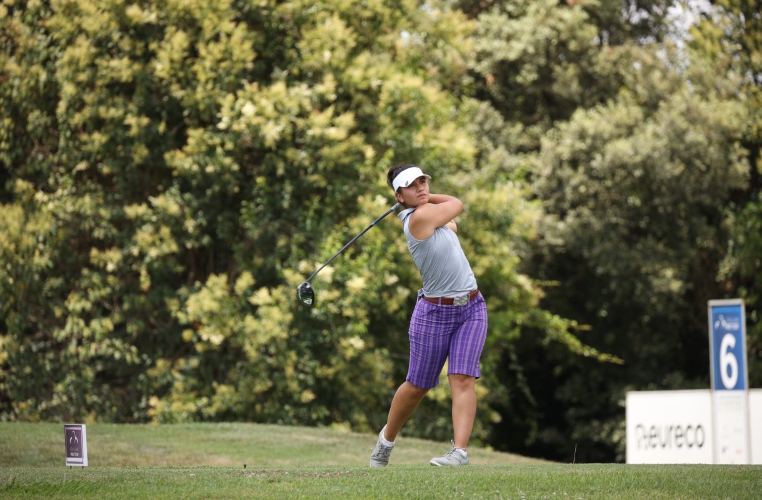 Amateurs Anouk Casty and Alessia Nobilio fired sensational second rounds of seven-under 65 at the Roma ALPS LETAS Open to share the third spot and will head into the final day with two shots off the lead.

Switzerland’s Casty opened her round with a bogey on the par-four 10th but quickly found her rhythm and made four birdies and an eagle on the next seven holes.

The soon-to-be Florida Gulf Coast University student closed her front nine with a bogey, she then added three more birdies on the back nine to get to a total score of -11 for the tournament.

“I feel amazing, it was such a cool round to play. After the opening bogey I just said to myself to get into the rhythm and then between my third and thirteenth hole I was making those putts. But especially my irons were just flowing today, I hit it very close, my eagle was from one metre,” she said.

Nobilio joins Casty in third place heading into the final round where she was bogey-free and rolled in seven birdies.

The Italian amateur came in hot with three birdies on her first four holes and added four more on the back nine.

Scotland’s Gabrielle Macdonald carded another round in the red to share sixth place on nine-under-par.

Macdonald had seven birdies and four bogeys on the way to her three-under-par 69 in today’s second round.

“I made some bogeys today but a lot of birdies, it did not feel like I made a whole lot of pars. But I am happy enough with today’s round and that I am high up on the leaderboard. We had good conditions today, it was less windy. The fairways were a bit softer, so it probably played a little longer, but overall, it was a good day,” she said.

Englishwoman Thalia Martin fired a bogey-free round of four-under 68 and is in the top-20 heading into the final day.

Martin carded two birdies on the front nine and another two on the back nine to sit at the total score of seven-under-par.

Swiss golfer Priscilla Schmid joined Casty and Nobilio in recording the best women’s round of the day – seven-under-par 65 – to climb to T27 on five-under-par.

Schmid carded a bogey-free round with four birdies on the front nine and she rolled in another three on the back nine.

“I did not play as well in the first round as I was in the practice round so it took me by surprise, and I was overthinking everything. Then I told myself ‘okay, just go to the ball and hit it’ and then it started to go a little better,” Schmid said.

“My goal was to make the cut, that is what I was thinking about today and then everything was just going in and it was getting better. The strong point was my putting today, I made a lot of long putts which I do not usually do and a lot of short ones as well which gave me a lot of advantage.”