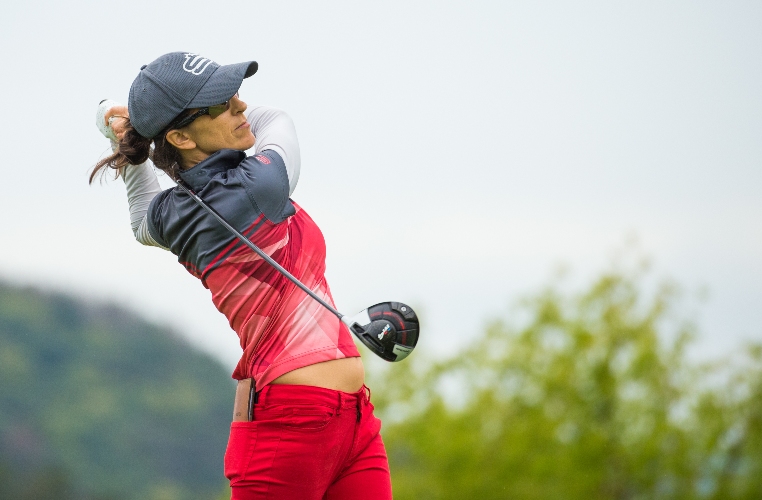 The stage is set in Switzerland for the third stop of the revised 2020 LET Access Series season at the Lavaux Ladies Open, Golf De Lavaux, which gets underway tomorrow at 8.45am with 2019 champion Maria Beautell back to defend the title she won in sensational style last year.

The 54-hole shootout, which saw Spain’s Beautell capture her first professional victory with an impressive final round of 68 (-4), is jam-packed with champions from around the world and with one LET card at stake for the leading player on the year-long Order of Merit, the tournament is set to be a pivotal moment for at least one of the 74-player field.

Hosted at the picturesque par-72 layout, which is set amongst the Swiss mountains and is 40 minutes from Geneva, the treelined parkland is running fast despite the recent rain fall and will be a tough test for the international line-up.

Joining Beautell in the race to win a slice of the €35,000 prize fund, are former LETAS tournament winners Emma Grechi, Rachael Godhall, Niina Liias and most recently Tiia Koivisto from Finland.

Compatriot and frequent roommate on Tour, Sanna Nuutinen is back on the LETAS after a couple of weeks on the LET and is the highest ranked player on the Rolex Rankings.  The hard-working Finn has been in a rich vein of form, winning the opening LETAS event at the Flumserberg Open and even recorded a run of eight consecutive under-par rounds, which came to an end last week at the Lacoste Ladies Open De France.

LET regulars Tvesa Malik, Astrid Vayson De Pradenne and Lydia Hall all tee it up for the first time this season and will be ones to keep an eye on along with 16-year-old Slovenian sensation Pia Babnik, who has shown multiple signs of brilliance already in 2020.

In total, there are 15 Swiss hopefuls teeing it up, including eight amateurs, with Caroline Rominger heading the local charge while Morgane Metraux will be buoyed by the recent form of her sister and her own performance on home-soil two weeks ago.