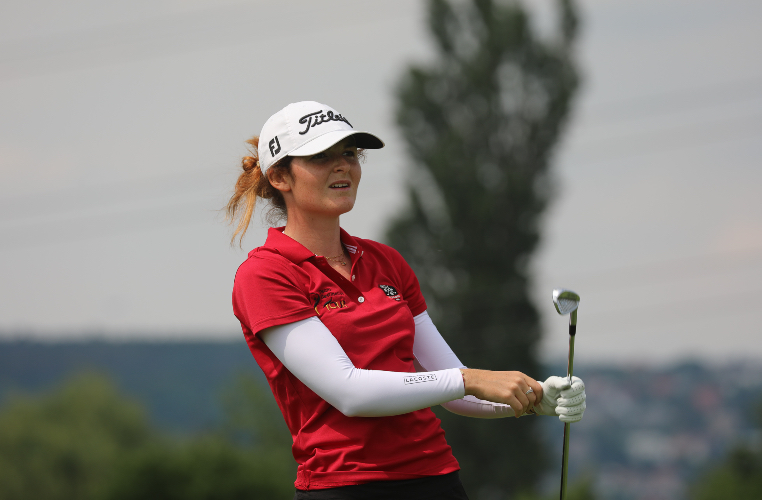 France’s Yvie Chaucheprat fired an opening round of six-under 66 to lead by three shots at the Golf Vlaanderen LETAS Trophy in Belgium.

The 23-year-old rookie, who started today’s round in the first group from the 10th hole, carded a total of eight birdies at Millennium Golf, with the first two coming on holes 10 and 12.

“I love playing early in the morning, even though I’m definitely not a morning person. I like to finish my round around midday and have the afternoon off,” admitted the leader after day one.

After dropping one shot on the 15th Chaucheprat rolled in further birdies on holes 17 and 18 to turn in 33 shots.

The Frenchwoman carded her last bogey of the day on the first hole as she finished her back nine with four birdies, three of them consecutively on holes six through eight to be on six-under.

“Overall, it was great, I just played my game and took every birdie opportunity I could. Except for my last hole where I missed a 2,5-meter putt for a birdie,” continued Chaucheprat, who carded the lowest round of her season to date.

“I think approach shots were the strongest part of my game. I struggled a bit off the tee in the beginning, but my irons and wedges were pretty good and my putting, too.”

Three players are tied for second place heading into round two in Belgium as Australian Kristalle Blum and amateurs Isabella Holpfer and Savannah De Bock are on three-under.

The trio carded rounds of 69 and all only dropped one shot, respectively, on their first day at Millennium Golf.

Another amateur, Judith van der Voort from the Netherlands, is in outright fifth place having produced a round of two-under-par which included four birdies and two bogeys.

Ten players share seventh place after shooting one-under (71) on day one including two LETAS winners from this season Momoka Kobori of New Zealand, and Chiara Noja from Germany who had an eagle on the par-5 tenth hole.

The second round continues on Friday morning in Belgium.