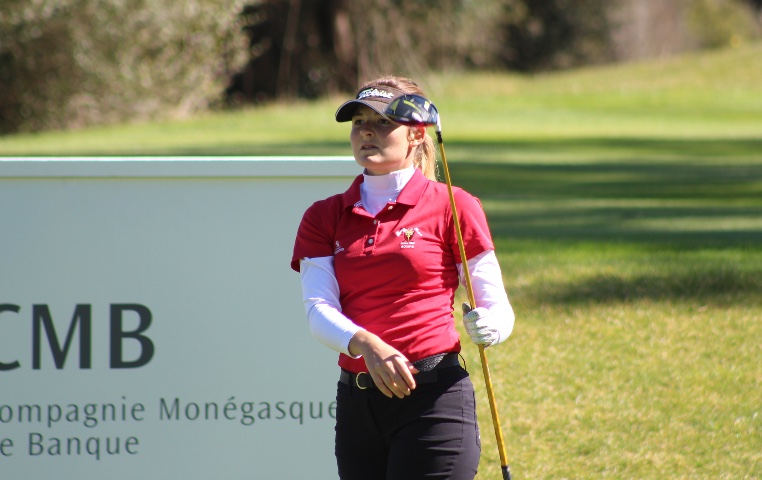 French amateur Yvie Chaucheprat shot another great round at Golf du Montauban to lead by two shots heading into the final day of the Montauban Ladies Open.

The local star only carded one bogey in today’s round and added four birdies on holes 2, 6, 8 and 14 to shoot a three-under-par 69 and sit at the top of the leaderboard on -7.

She said: “Today was a completely different day with fewer birdies due to a slightly rougher iron game, but I hit a lot of greens. I feel good going into the final round and I am going to continue focusing on my goals for the day. Everything else will be a consequence whether it is positive or negative.”

Fellow French amateur Marine Griffaut performed excellently and recorded the best round of the day with six-under-par 66 after shooting an opening one-over-par 73 yesterday.

“I am so happy to shoot six under today. I haven’t competed since I came back from college in the US, and I was a little uncomfortable before the tournament. I didn’t play well yesterday, but I felt much better today and committed to my shots and decisions,” she said.

Griffaut played some great golf from hole four through to 13 where she scored seven birdies with four in a row on holes 8-11.

She added: “I didn’t even realize I made four birdies in a row because I focused on playing one shot at a time. I really enjoyed my round because it was special, you don’t shoot 66 every day, and it just feels great to be so high up on the leaderboard at home in France.”

Griffaut currently shares second place with England’s Rosie Davies heading into final day. Davies also improved her game in the second round and shot four-under-par 68 with five birdies and one bogey.

Davies said: “Today felt really good. I have been working hard on all aspects of my game, even made a few changes in my team. So, it is nice to get some good scores to reflect with the work I have been putting in. I gave myself a lot of chances today and it feels good to see my name on the leaderboard. I am excited to go out tomorrow and stick to the same plan and feelings.”

The French players are making themselves seen with ten of them being in the top-20 after the second round. Like last time out in Czechia, many amateurs are high up on the leaderboard and getting a grasp of what a future on the Tour could look like.

Keep up to date with all the scores and draw for round two – HERE.