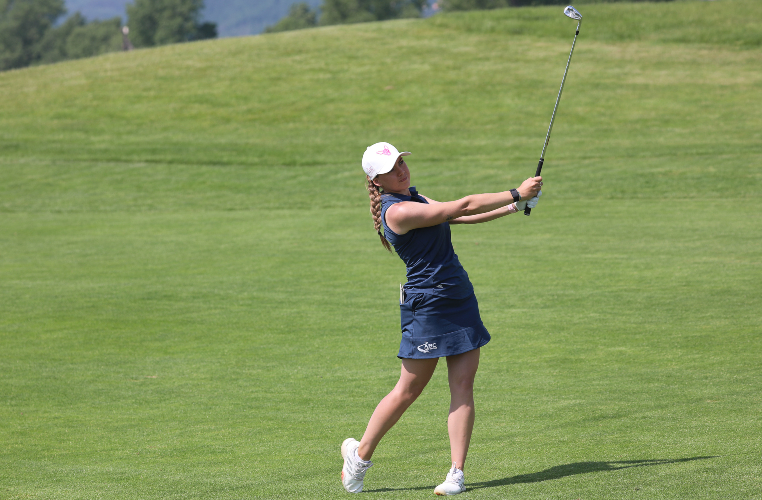 England’s Gemma Clews is feeling excited ahead of the seventh event of the 2022 season – the Golf Vlaanderen LETAS Trophy.

With a prize purse of 40,000 EUR, 102 players will compete over the course of three days at Millennium Golf for the winner’s trophy.

And Clews, who is currently second on the LETAS Order of Merit, has eyes on the top prize as she is hoping to clinch her first LETAS victory.

It has been a consistent season thus far for the 27-year-old with five top-10 finishes, as well as a T11 result, and the Brit was the best professional in Denmark last week taking home the winner’s check.

“It was good, but obviously a bit disappointed to not actually get the win,” she said. “In the last round, I didn’t do too much wrong, but nothing just really went for me so I can’t be too hard on myself.”

Clews competed in three LETAS events in 2021 and came close to top spot, after losing in a playoff at the Lavaux Ladies Open.

However earlier on in 2021, the Manchester native had a taste of her first professional win on the Rose Ladies Series in her homeland.

She continued: “It boosted my confidence, and it was great to finally get over the line. Working and playing through Covid the last two years I didn’t get much time to play so it’s nice to be back out here.”

At the Montauban Ladies Open a fortnight ago, Clews fired the lowest round of tournament as well as the course record, and shooting a low number seems to come naturally to her.

“I’ve never played this course before, but I have a friend who played Challenge Tour here a few years ago and said there were some nice low scores,” she explained.

“I’ve always been able to shoot a low score, especially when I was an amateur, I had a lot of low rounds.

“Not so much since I turned pro, but I’ve been just trying to go back to what I was doing on the course some five years ago and with the mindset. Going back to what was working back then seems to be working again now.”

The tournament will see the top 11 players from the LETAS Order of Merit tee it up led by 16-year-old Chiara Noja from Germany.