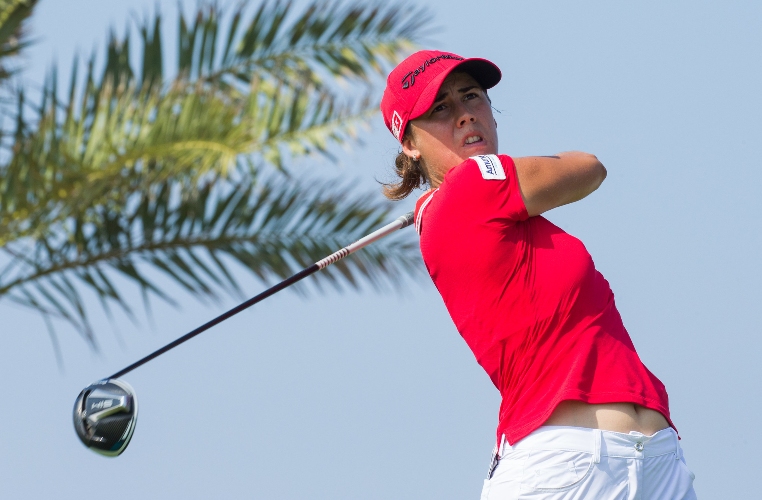 Lucrezia Colombotto Rosso is keen to keep her good momentum going at the Flumserberg Ladies Open this week, with the Italian in high spirits following her maiden LETAS victory at the Terre Blanche Ladies Open.

The 26-year-old edged out Chiara Noja in a four-hole playoff in France to claim the dramatic victory – with the pair locked on -7 after 54 holes – as she lifted the trophy aloft in front of her friends and family.

It was a memorable moment for the Turin-native, and she will be looking to continue that good form into the second LETAS event of the season this week, as the Tour returns to Gams-Werdenberg Golf Club in Switzerland.

“My first win on LETAS was definitely very special because I had the opportunity to share it with my family who were present at the tournament,” she said.

“Last winter, I started to build up a staff in all areas of the game that allowed me to improve technically, physically and mentally.

Terre Blanche was definitely a test to see if it was paying off.

“This victory made me realise that I am working in the right direction.”

Things haven’t been all plain sailing for Colombotto Rosso since the joy in France though, with a kidney infection keeping her housebound for the two weeks following the event, meaning she missed out on competing in Ladies European Tour events in Australia.

The Italian made a return at the Comunicad de Madrid Ladies Open last week on the LET, where she narrowly missed the cut by a single shot, as she continues to recover from the setback.

And after the victory in the first event of the year, she has set her sights on a successful year on the Access Series, with more victories in her sights as the year progresses.

She continued: “Having played last week in Madrid, it’s been a test to see how I was feeling physically and helped me realise what I need to work on to perform better the week ahead.

“This year, having not a great category on the LET but full on the LET access my goals varied a lot depending on the events I could take part in on the LET.

“However, having won Terre Blanche and not being able to travel to Australia as I was ill, I decided to play a full season on LETAS and a couple of events on the LET.”

Situated in the foothills of the Alps, the picturesque Gams-Werdenberg Golf Club will play host to the 108 competitors for this week’s tournament, with the players competing for a  €45,000 purse in Switzerland.

This will be the ninth staging of the event, with previous winners including the likes of Sanna Nuutinen, Olivia Cowan and Amy Boulden, while Nina Pegova took home the trophy last year as she saw off Germany amateur Charlotte Back in a playoff.