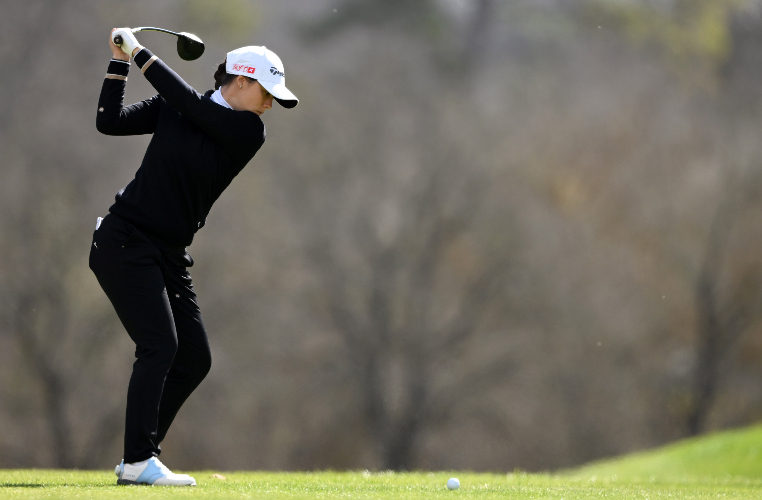 But it was Colombotto Rosso who came out on top in the playoff rolling in a birdie on the fourth hole to secure her first title on the LET Access Series.

“My week in Terre Blanche has been really special and it is like a second home because I train here sometimes. The course was amazing this week and the greenkeepers did a great job,” said the Italian.

“The playoff was incredible and having my family, volunteers and everybody cheering for me gave me an extra boost and inner force to compete at my best, as I made four birdies in the four playoff holes. When I won I was super happy and went immediately to hug all of my family who were there to support me.”

The 26-year-old began her round steadily with seven pars before back-to-back birdies on the eighth and ninth to make the turn in 34 (-2).

Two further birdies on 13 and 15 put Colombotto Rosso at the top of the leaderboard but a bogey on the 16th brought her back to the field.

A double bogey on the 17th for the Italian saw Noja sit at the top of the leaderboard once again, but Colombotto Rosso finished with a birdie on the last to seal the playoff.

“I played really solidly today, even though my 16 and 17 weren’t great due to the tensions that I was experiencing,” she continued.

“My birdie on 18 was with a 3 wood from the tee and then I also used a 3 wood to the pin. By reaching in two, I gave myself a chance and I made a two-putt that got me into the playoff.”

It was a second-place finish for the 16-year-old who made two bogeys and one birdie on her front nine before an eagle on the 10th.

Back-to-back bogeys on 11 and 12 were soon forgotten with back-to-back birdies on 15 and 16 and despite dropping a shot on the 17th, Noja signed for a round of 72 (E) to equal her best finish on LETAS.

Spanish amateur Clara Moyano Reigosa ended the tournament in third place on four-under-par after producing a final round of 71 (-1).

In fourth place was French amateur and 2021 PING Junior Solheim Cup winner Constance Fouillet, who finished her tournament with a round of 70 (-2) to be three-under-par at Golf de Terre Blanche.

Spain’s Noemi Jimenez Martin and French amateur Maylis Lamoure were in a share of fifth place on two-under-par, while Frenchwoman Mathilda Cappliez was seventh on level-par.

Amateurs Lottie Woad of England and Nastasia Nadaud of France finished T8 on one-over-par with Sweden’s Anna Magnusson and England’s Gemma Clews rounding out the top ten on two-over.

In the LETAS Order of Merit, Colombotto Rosso’s win ensures she sits at the top of the rankings with 500 points, with Noja in second (320 points) and Moyano in third (230 points).

The next LETAS event is the Flumserberg Ladies Open which takes place on May 12-14 at Gams-Werdenberg Golf Club.