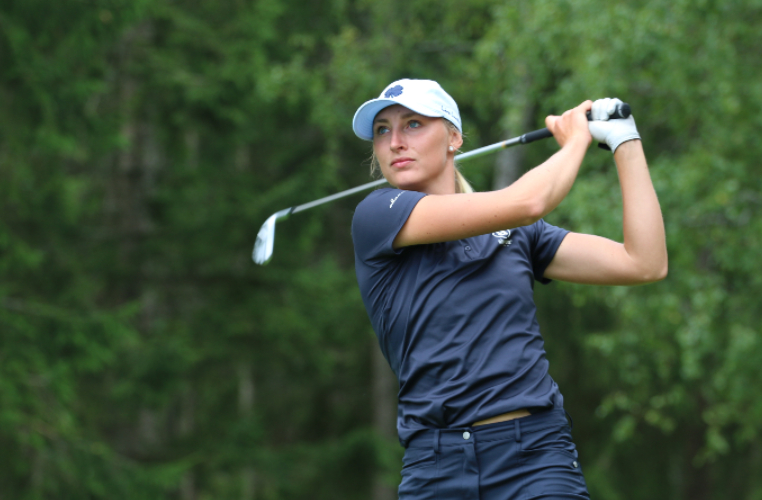 Sweden’s Ellinor Sudow fired an opening three-under 69 to lead the Vasteras Open Presented by PadelPitch at the end of the first day at Orresta Golf & Konferens.

The 24-year-old began her round with two early birdies on the second and third holes to card six further pars and make the turn in 34 strokes.

“I came off to a great start. This is a course where bogeys will happen so having those birdies early on definitely helped.

“More than the solid start, the key for this round was to save a lot of pars, but to be two-under going into the back nine felt comforting,” said the leader after the first day in Sweden.

Sudow started her back nine with a bogey but then made three consecutive birdies on holes 11 through 13 to get to four-under-par.

“It felt great to make some putts for birdies after grinding for pars on the front nine. It got the round going again and definitely felt good,” she said.

The Swede dropped two shots on 15 and 16 but birdied the final hole to lead by one after the completion of the opening round.

“I’m always happy with a round in the 60s. I stayed very patient throughout the round and on the tricky greens. I was mentally in a very good place, that’s probably what I’m most happy about. That’s usually when the scores come along, and I’m glad it did today.”

France’s Lucie Andre is in outright eighth spot at level-par while Swiss amateur Elena Moosmann ties the ninth place with Italy’s Clara Manzalini as both players round out the top-10 at one-over.

The second round will start on Thursday morning at 8:00 local time.

After the completion of 36 holes, 45 professional plus ties will make the cut.