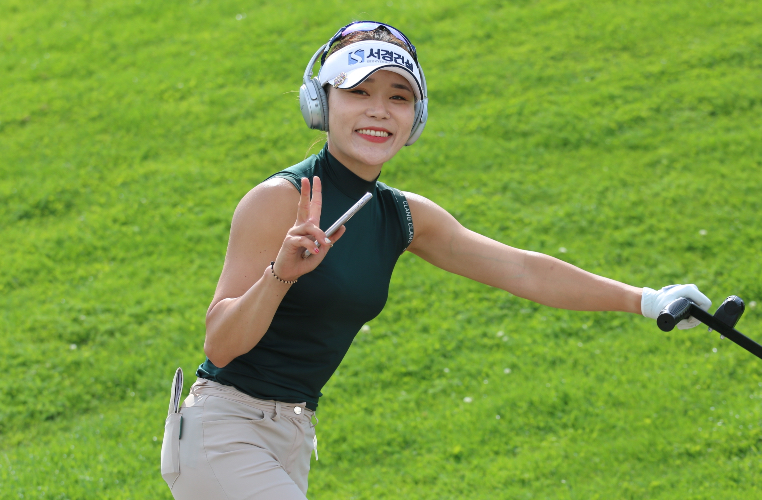 South Korea’s Nayeon Eum clinched her first professional win earlier in the year on the LET Access Series and is now ready to tee it up at LET Q-School.

The 28-year-old won the Anna Nordqvist Västerås Open By SmartProvider after rounds of 66, 70 and 72 in Sweden.

With two further top-ten finishes on LETAS, Eum finished eighth in the Order of Merit and secured her spot in the Final Qualifier of Q-School.

Reflecting on her victory, Eum admits those performances on LETAS really got her year of competitive golf going.

“The four tournaments in Sweden were when my season started. I was going to play the first tournament on the LET but I didn’t have a chance to go as I was stuck in Korea, and I couldn’t go anywhere,” said Eum.

“It was my first win as a professional so that really helped to get me going with playing on Tour. This week is all about getting in that top 20.”

La Manga Club plays host to the Final Qualifier which will see a field of 128 compete over five days – with a cut to 65 and ties after 72 holes.

Players will alternate between the North and South Courses on the first four days, but everyone who makes the cut will play on the South Course on Monday.

Eum has been getting used to the conditions in Spain to try and give it her best shot at finishing in the top 20 and securing her LET card.

“I’m not sure if I have enough confidence because you have to fight with the wind and the greens,” she continued.

“Everybody is playing the same conditions, but I have got to read the greens properly and see where that takes me.

“Some holes are pretty tough because it is pretty narrow and you have to be on the fairway, but if you’re on the fairway then I definitely won’t find any trouble. It is all about getting the fairways and greens this week.”

Despite knowing what a tough test she has ahead of her, Eum is not putting any pressure on herself and is sticking with her motto.

She added: “It would be like writing a new career in my golf life if I got my card. I’m really looking forward to it, but also if you really want something you shouldn’t chase for it, and you have just got to go with the flow – that is the motto for me.”