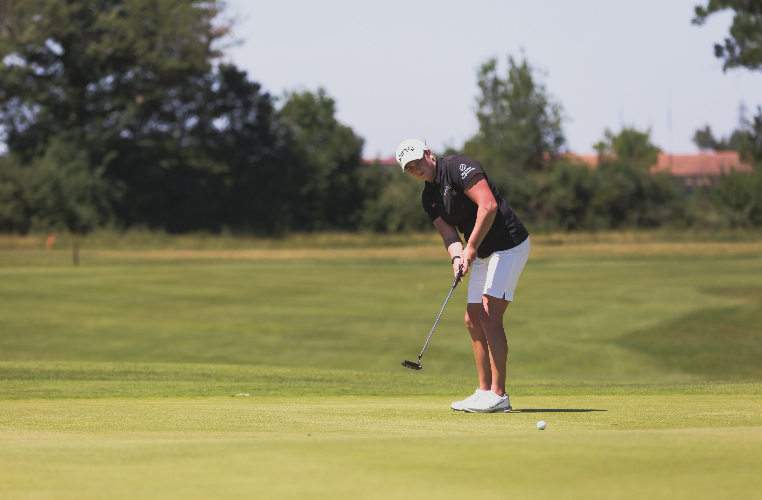 Four players are in a share of the lead after shooting rounds of three-under-par 69 on the opening day of the Montauban Ladies Open.

New Zealand’s Momoka Kobori, Anouk Sohier of the Netherlands, and Scottish duo Tara Mactaggart and Hannah McCook are all tied for the top spot of the leaderboard in France.

Sohier, who set the clubhouse lead early on, began with two birdies before going bogey-birdie-double bogey on six, seven and eight.

But the Dutch golfer bounced back on the back nine with birdies on holes 13, 14 and 18 to be three-under-par at Golf de Montauban.

“I putted really well but mainly I only had misses on the holes where I could afford it, and really good shots where you need to be more accurate,” said Sohier, who shot the lowest round of her rookie season today.

“I had a chip in for birdie on the back nine where I was completely out of position and expected a bogey. Then I recovered myself well from the trees on 18 and finished the round on a high note with another birdie.”

Mactaggart also carded her lowest round of the season as she got off to a solid start with back-to-back birdies on the first two holes, before adding another two on holes seven and 15.

“I hit a lot of fairways which helped to get at some pins and set me up for a few birdie opportunities,” said the 26-year-old.

“I separated the round into three holes at each time and tried to be at -1 for each three holes which is my way of keeping the momentum.”

Her compatriot McCook sat in solo first for the majority of her round after carding five birdies on holes six through to 12 before dropping a couple of shots at the end of the day.

The co-leader, who took a two-year break from competitive golf in the past couple of years, said: “I had a lot of pars at the beginning where I had a couple of chances, so I just tried to stay patient and then I started to hole some putts.

“In the practice round, I actually went back to my putter I used back in 2018 which turned out to be a successful decision. I thought I would give it a shot as nothing could really go that wrong.”

A first tournament round on European soil is in the books for the fourth co-leader Kobori, who hails from New Zealand.

The Kiwi carded a total of five birdies in her opening round and is happy with her decision to head to Europe and spend the New Zealand winter here.

“I really enjoyed the whole day. My game was solid which made it a lot easier. It’s my first time ever in Europe and playing here has been a lot of fun so far. There is nothing happening back home at the moment, so this is a good way to spend my winter,” commented Kobori.

In a tie for seventh and rounding out the top-10 are six players with Celine Karlung from Sweden, Stina Resen from Norway, Spanish pair Marta Perez and Noemi Jimenez Martin, and French duo Anais Meyssonnier and Lucie Andre all shooting one-under-par on the first day.