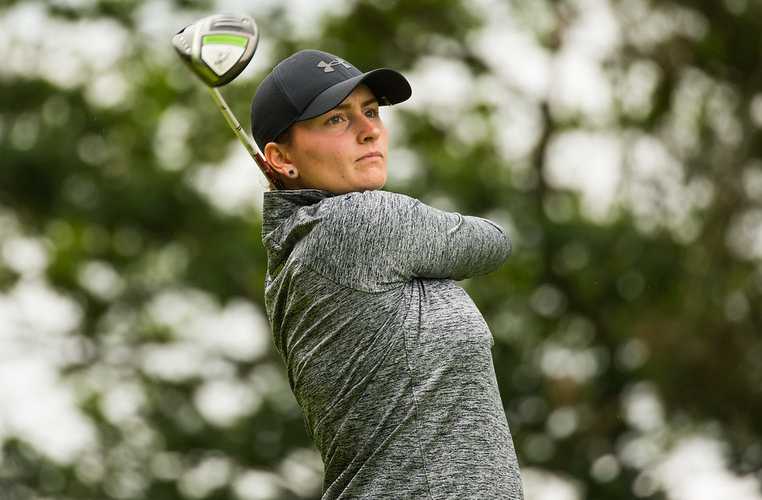 After an outstanding amateur career, Lily May Humphreys secured status on the Ladies European Tour for the 2022 season.

The English golfer made her professional debut in June on the LET and then played a full season on the LET Access Series winning the Order of Merit and Rookie of the Year titles.

We caught up with Lily ahead of the 2022 season to reflect on how she started playing golf, her career highlights so far and her aims for the future.

I started because of my brother. I hadn’t played golf, but my brother did, and all his friends were involved in golf in some way. He took me to Topgolf where his best friend worked when I was 10 and that is how I got started playing. I played a lot of other sports anyway and I liked being competitive. The fact you can always get better was something I enjoyed.

I made quick progress. When I was about 12, that is when I decided I wanted to try and be a professional – so it was only two years after I started playing. I went from having a Handicap of 44 to about five in that time and people told me I should give it a go and see if I could make it as a professional.

The Youth Olympics was once in a lifetime. It was a big achievement because you have to be good enough and young enough to be able to play. It is pretty much a once in a lifetime experience and something that I will always remember.

Augusta is surreal. It is amazing getting there and it looks just like the pictures. It was cool seeing the things that the cameras don’t see too. They always have the leaderboard up like they do at the Masters. Most people would go to a place like that once, but it was awesome to be able to go twice. I knew what to expect and I was able to take everything in the second time round.

It felt like you were playing in the Solheim Cup. I got an automatic pick for Team Europe at the 2019 PING Junior Solheim Cup after playing well in the qualifying tournaments. I think because the courses were so close together and we had quite a few people watching, you were still able to feel the atmosphere. We also got to hit on the range where the players warmed up which was great.

Inside the ropes was amazing. Being able to watch the real thing was one of the highlights. I really enjoyed watching and because we were allowed inside the ropes, it meant we got up close and were able to see all the players and what they were doing.

I found out more about LET Access Series because of Elaine Farquharson-Black. I have known about LETAS because they used to have an event at Stoke by Nayland, but I only played in that once. I didn’t know any details and in lockdown in 2020, our Curtis Cup captain Elaine got us a Zoom call with Alex and Ana. That made me think I would like to play on LETAS instead of going to Q-School. I don’t know if I would have done the same thing if I hadn’t had that Zoom call!

It was the best experience. I turned professional and played my first tournament – the Jabra Ladies Open – at Evian. It is such a good golf course. I loved all of it and it was the best way to start being a professional. I was pretty happy with T23, I knew I could have done better but I was overwhelmed and really excited.

Everything fell into place. The Golf Flanders LETAS Trophy was only my third tournament as a professional. I played alright in the first round and the second day was pretty good, but the last round was amazing. It was one of the best rounds I did all year. To get the win was great and I felt so happy and comfortable playing on LET and LETAS.

It was a bonus to win both titles. I secured my LET card wit two events left which was nice because it took the stress away. I wanted to play well to see if I could win the Order of Merit and it was a great bonus. It was a nice way to finish off my first year as a professional to win both trophies.

I hope to do well on the LET. I would like to get into the top five of the Race to Costa del Sol and be able to go to LPGA Q-Series and then get my LPGA Tour card at some point. Ideally, I would do well in 2022 and get close to going on the LPGA, but I know it might take two of three years to do that. Everything else such as any wins, playing in Majors or anything else would be a bonus.