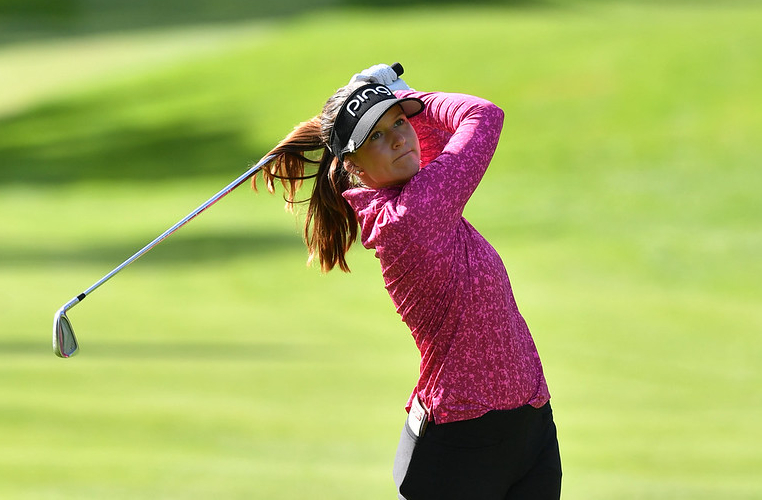 Sweden’s Linn Grant holds a two-shot lead at the end of day one of the Terre Blanche Ladies Open after she fired an opening round of 68.

The 22-year-old, who began her round on the 10th hole, got off to a fast start with three birdies in her first five holes at Golf de Terre Blanche.

After a dropped shot on 15, Grant rolled in a birdie on 18 to make the turn in 33 before another three birdies and two bogeys on her back nine ensured she finished on four-under-par.

The Swedish rising star, who was ranked fourth in the World Amateur Golf Ranking before turning professional in August, enjoyed her first day in France.

“I love it here! The weather is so nice, the facilities are beautiful, and the course is really fun,” said the 2017 PING Junior Solheim Cup player. “I had a fun day today, made a couple of mistakes like always, but it was still a decent round.

“I hit my driver really good, so I was off to a good start, and I hit my irons close to the pin. I still had two three-putts out there because the greens are tough, but I stayed on the right side of the flag, and I was pretty close most of the time.”

Grant, who played college golf for Arizona State University, has been in good form of late with two runner-up finishes on the Ladies European Tour in her homeland at the Didriksons Skafto Open and Creekhouse Ladies Open.

Heading into the second day, the Swede hopes to use the same strategy which has paid dividends previously on the golf course.

She added: “I still work on trying to be aggressive and even though, I am happy with -4 today I feel like I could have shot -7, so I’m going to go out and feel the same way. I’m going to hunt the birdies and still be aggressive but smart.”

Pegova, who is third on the Order of Merit, was pleased with her round which included three birdies and one bogey.

“Terre Blanche is the most difficult course on LETAS for me because even if you hit the ball well, you can find yourself in an unpredictable situation on any hole,” said the Flumserberg Ladies Open champion.

“The fairways are very slopey and the greens are also very difficult. I made a bogey on the par-5 sixth because I three-putted even though I was close to the pin. I holed in a long putt on the first for birdie, plus I made birdies on 14 and 18.”

Home player Cappeliez, who was a member of Europe’s 2015 PING Junior Solheim Cup team, made five birdies and three bogeys on her way to a share of second place on the first day.

Leth-Nissen was part of the winning 2021 European PING Junior Solheim Cup team in September and also made five birdies and three bogeys for her 70.

Five players are T5 after the first round including England’s Lily May Humphreys and Sweden’s Sofie Bringner, who are second and fourth on the Order of Merit.

They are joined by France’s Emilie Alonso, India’s Amandeep Drall and Finland’s Niina Liias on one-under-par.

Nine players sit one stroke further back in T10 after producing a round of level par (72) on the opening day to be four shots behind leader Grant.