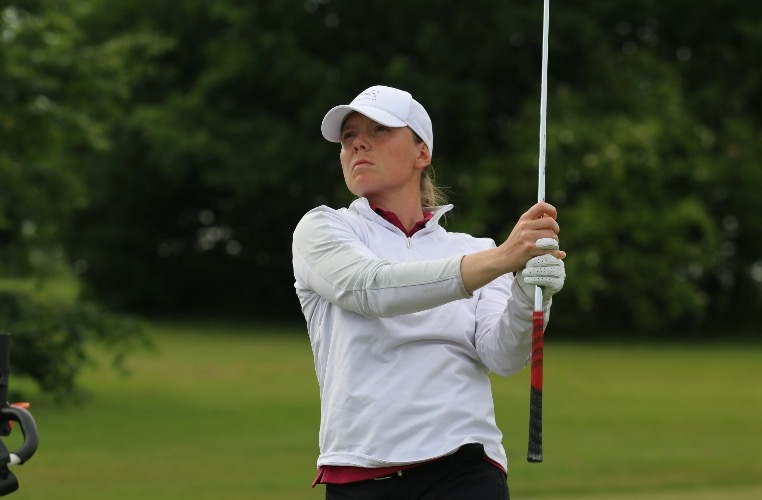 Sweden’s Isabell Ekstrom fired an opening round of two-under-par (68) at the Smorum Ladies Open by EC Drive to lead by one stroke in Denmark.

The Swede started her round with an early eagle on the par-five third hole and swiftly followed that up with a birdie on the fourth.

Ekstrom then dropped three shots on holes six through nine to make the turn in an even par 35, but the leader made two more birdies on the back nine, taking advantage of the par-fives 13th and 15th to put herself in first place after day one.

“I played fairly stable, no larger misses,” she said. “I was struggling a bit with my putter in the middle of the round, but I made a couple of good putts coming in to finish off the round nicely.

“It’s always nice to make an eagle and a birdie early on in a round, it gives you a little momentum. I played the two holes really well. I drove the green in two on number three and holed an 18ft putt, and then I hit it close on the fourth.”

Ekstrom holds a one-shot advantage in front of the chasing pack of three amateur players at Smorum Golfklub.

Sara Ericsson from Sweden and Danish duo Natacha Host Husted and Amalie Leth-Nissen all signed for one-under 69 to share second place after the opening day at Smorum Golfklub.

Four players share the fourth position one shot further back at even-par. With Danish amateurs Cecilie Leth-Nissen and Cecilie Finne-Ipsen as well as Patricia Isabel Schmidt of Germany and another amateur Edit Hertzman of Sweden all signing for rounds of 70.

Rounding out the top-ten and sharing the ninth spot are Niina Liias of Finland, Yu Eum Kim of South Korea, Tara Mactaggart of Scotland, Katharina Muehlbauer of Austria and Danish amateurs Puk Lyng Thomson and Rosa Barnak after they all shot one-over 71.