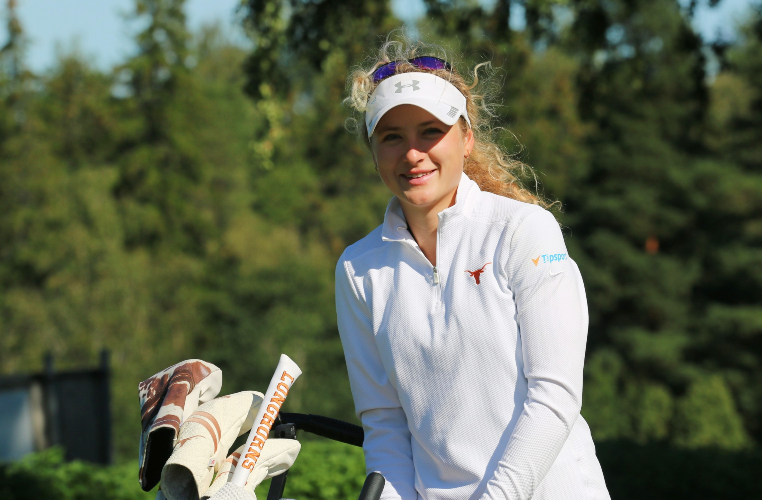 Czechia’s Sara Kouskova carded a second round of three-under 67 to put herself in the lead on -8 with one day to go at the Elite Hotels Open.

The 23-year-old began her round with eight consecutive pars and dropped one shot on the par-four ninth hole to make the turn in 36 strokes.

“I didn’t give myself many opportunities all the way through the 13th hole, but I knew my game was really good. I was just waiting for closer approach shots and some putts to drop.”

The Prague native, who is on the way to securing her third LETAS win and a second one this season added four more pars before closing day two in style and making four birdies on her last five holes.

“The turn came on the 14th where I took advantage of the par-five and I finally started hitting it close on the more difficult final holes,” said the sixth player on the LETAS Order of Merit.

She continued: “I’m really happy I had a good mindset and that I stayed patient until the end as this is something I have been working on in the last few weeks.”

The flawless finish saw the Czech rookie quickly climb up the leaderboard to lead the tournament at Jonkopings Golfklubb by three shots.

“Pretty much all parts of my game were solid over the last two days and my putter has been working very well here. The greens are smaller than last week so hitting them in regulation has also been key.”

In outright second place is Swiss amateur Vanessa Knecht, carding a second round of two-under 68 with three birdies and one bogey.

Scandinavian duo Renate Grimstad from Norway and Emma Thorngren from Sweden are in a tie for third place at -3 while the Netherlands’ Anouk Sohier and Sweden’s Corinne Viden are two shots back and in a share of fifth.

A total of 56 players made the cut which was set at +8 after round two.

The final round goes underway on Friday morning with a two-tee start at 8:00 with the leaders teeing off from the first hole at 9:30 local time.