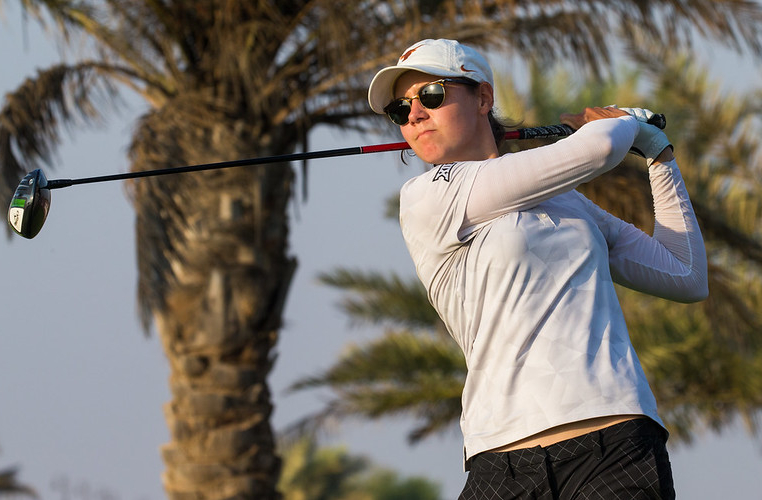 The bubble around the cutline at LPGA Q-Series can be a dangerous place. Agathe Laisne started feeling that pressure heading into the second week in Dothan.

By the sixth day’s end, Laisne was in a tie for 46th and on the outside looking in. She needed to reset with 36 holes remaining and rebound she did. The Frenchwoman went on to post two consecutive rounds of 69 to finish at -9 and in a tie for 22nd, firmly earning her spot on the LPGA Tour in 2022.

“After nine holes I was 3-under and I feel like, It’s okay. You can relax and take it easy. Don’t make big — like attack too much the pins. Just take it easy. And like even putts, if they’re really speedy, just try to take your two-putt,” said Laisne said of her final round.

“I was more stressed the first week I would say. The two last days I was less stressed so I played better, so I guess it’s correlated.”

Laisne doesn’t have too much time to celebrate tonight, as she’s flying off to Spain on Monday for the final stage of the Ladies European Tour Q-School. Flowers Hospital in Dothan provided players and caddies traveling to La Manga Club with free COVID-19 tests, a welcomed gift by competitors like Laisne. With one rookie card already in hand, she’s hoping to recover quickly from Q-Series as she awaits five more rounds this coming week.

“It’s going to be hard physically I think. Mentally also,” said Laisne. “Just reset and try to relax and enjoy and, yeah. That’s it.”