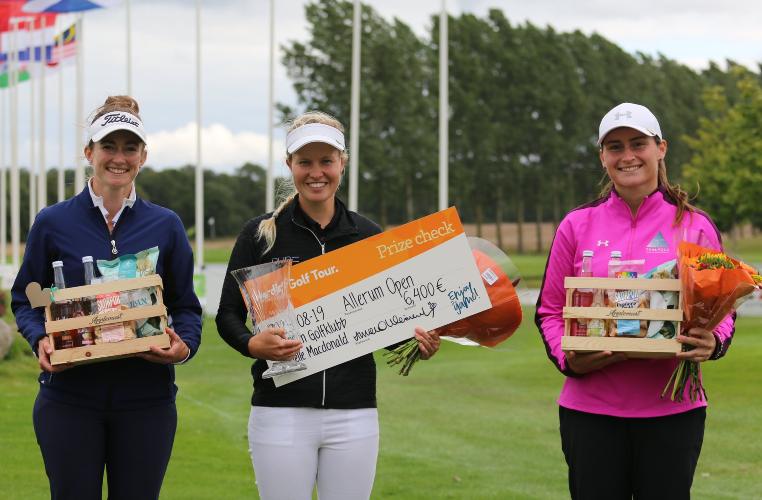 After a busy summer schedule, the LET Access Series’ Swedish swing finishes at the PGA Championship By Trelleborgs Kommun.

The Series heads to Tegelberga Golf Club in Trelleborg to round off the Swedish swing as the players compete in a 54-hole stroke play format.

A field of 98 players will tee it up including this season’s winners Eum, Macdonald, Bringner, Arwefjall, Lily May Humphreys and Rachael Goodall.

Coming off the back of her success at the Allerum Open just yesterday, Macdonald is excited to get back out there.

With six LET cards up for grabs at the end of the season, the Order of Merit leader is hopeful she can continue her good form.

“I’ve been really consistent throughout the season, I had a good start in Czechia, then a couple of not so good weeks but it was still okay and then I’ve played really good from Italy onwards. I’ve had good rounds here in Sweden, not quite put three together though. So yeah, it feels my golf is trending in the right direction,” said the Scottish player.

“It would be so great if I could secure the card for next year at the LET. That is my goal, I want to keep progressing, get on the LET, so fingers crossed for the rest of the season, and we’ll see how it goes.”

Humphreys, who won on her first start on LETAS at the Golf Flanders LETAS Trophy, has finished as runner-up at two consecutive tournaments.

But the English star is looking forward to returning straight to the action this weekend. She said: “I’m excited to get going with another tournament coming up in just a few days. I feel like it suits me to only have a one-day turnaround because I’m playing pretty good, so I don’t need to work on too much.”

Goodall, who triumphed at the Santander Golf Tour Zaragoza, added: “I’ve played the last six or seven tournaments in a row, so I am pretty tired by now but at least with the quick turn-around you don’t have the time to think about it, you just got to go again.”