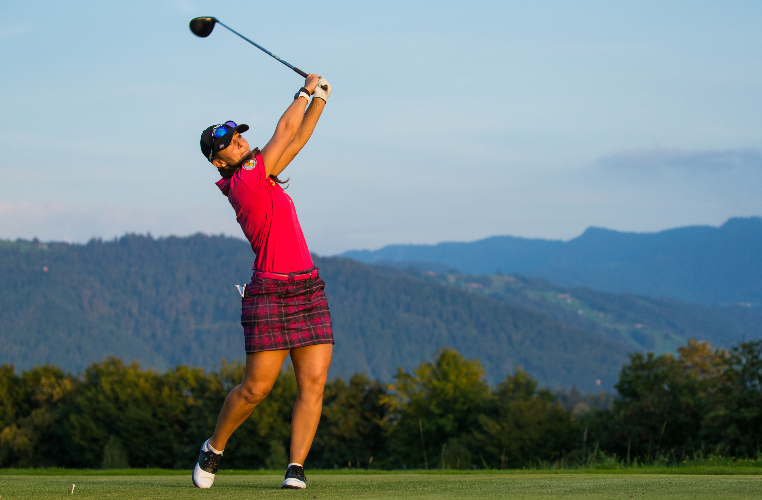 The Alps Tour and LETAS have joined forces to co-sanction a mixed tournament for men and women from both tours.

The Golf Club Parco dei Medici welcomes 156 golfers with 42 LETAS players and among them is the LETAS Order of Merit leader Nina Pegova, who has finished in the top-10 three times this season.

“I am excited to be back on LETAS. I have practiced, recovered and relaxed during the time off and gained more energy for the coming tournaments,” said the Russian golfer.

England’s Lily May Humphreys is the most recent LETAS winner after her triumph at the Golf Flanders LETAS Trophy in Belgium.

The 19-year-old rookie only turned professional at the start of June and secured her first win in her first start on LETAS.

“I am really excited to be playing again on LETAS and the mixed event is making it even more fun. The course is very nice, it has some tricky holes which is always good. My goal is to play the best I can.”

Joining her are four past LETAS winners including two champions from this season, French amateur Marine Griffaut was victorious on her first professional start at the Montauban Ladies Open and is excited to play another LETAS event this week.

“I want to turn professional, so playing on LETAS is getting me closer to my goal. I like the atmosphere here and it is a great practice for me. It is more competitive,” she said.

“I feel like I can hit really long drives on this course because the fairways are a bit wider, and I enjoy that. But I just want to be focused on the process. To make a decision and commit to it. I would be happy to make the cut because the competition is great with the guys in the field, and I am very competitive.”

Another French amateur, Agathe Laisne, is in the field to try and secure her third win, while England’s Rachael Goodall, who is in the top-10 on the LETAS Order of Merit rankings, is another former winner.

France’s Emilie Alonso, who finished second at the 2018 Bossey Ladies Championship, is looking forward to the innovative format.

She said: “It is a bit different to play with the guys, but it is nice to have the comparison. At the same time, though, you just need to know yourself and stick to your game and strategy, because the guys play very differently.”

This is the second time in history the Tour has co-hosted a mixed event. Back in 2019, France hosted the Saint-Malo Golf Mixed Championship, which was the first mixed tournament LETAS orchestrated with the Alps Tour.

“The course was fair in offering a nice balance between men’s and women’s golf which I think is going to be the same case here,” said Frenchwoman Alexandra Bonetti. “We were already mixed during the practice rounds. I played nine holes with the guys, and they are very welcoming.”

The 156-player field will tee off at 7:30 on Thursday morning and the groups will be a mix of one LETAS and two Alps Tour players. All players will compete for one prize fund of €45,000, however there are two separate rankings for each Tour.