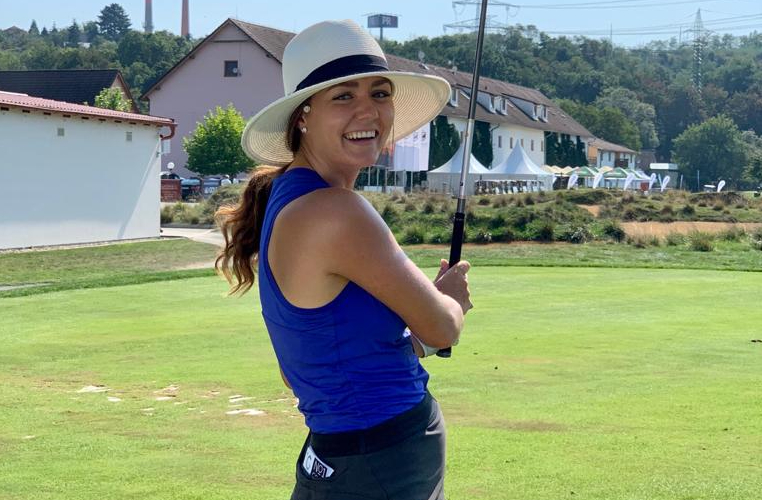 The LET Access Series is back in the Czech Republic this week at Prague City Golf Club for the second stop of the new tournament schedule, the 2020 Amundi Czech Ladies Challenge from September 16-18.

With 78 players battling it out for the title, €37,500 prize fund and all-important order of merit points, with a place on the LET up-for-grabs for the season-long winner, there is all the play for with local talent Katerina Vlasinova leading the home charge.

Making her third appearance in the tournament, and second as a professional having joined the pro ranks in January 2019, Vlasinova enters the week as one of the highest ranked players from 30 home hopefuls and has hopes of joining Czech’s most famous golfer, Klara Spilkova, on the LET.

Getting her title ambitions underway at 9.47am with Finland’s Tiia Koivisto and Austrian amateur Emma Spitz, the young Czech star is ready for the 54-hole shootout ahead and all the added pressure that comes with playing at home.

“Everyone from the Czech Republic looks up to Klara Spilkova and what she has achieved, she is the first person to make it and she is a big name that I’d love to emulate in the future.”

With as many as 30 locals teeing it up, Vlasinova was buoyed by the increased likelihood of a home winner.

“I am very excited to get going tomorrow and it is amazing to have so many Czech players in the field because it makes it more likely that someone from our country will win.”

She continued, “I love playing in front of my home fans and especially when my family can come, there should be 5-6 of them there with me tomorrow and I hope to do them proud. I’ve struggled a bit this year with form as I am going through some swing changes but I’m getting used to them and looking forward to the week.”

Hosted at Prague City Golf Club for the first time, home advantage might be important and with Vlasinova living only two hours away with her parents, the 25-year-old star is familiar with the difficult par 72 layout.

“I know the course pretty well, but it is playing properly this time as I usually play it off the forward tees. There are bunkers in a lot of the hitting areas which means you need to hit longer clubs in to the green. Having the LETAS event here has definitely improved the condition and the set-up is immaculate.”

Other names to watch include former LETAS winners Maria Beautell, Rachael Goodall and Niina Liias as well as 17-year-old Slovenian phenomenon Pia Babnik, who has recorded strong finishes in each of the last two LET tournaments.

Check out the draw for round one – HERE