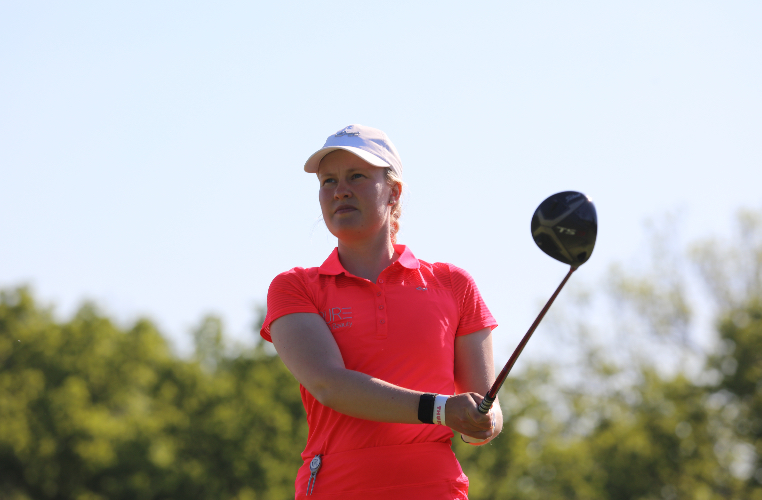 Macdonald, who finished in the top-10 at the season opener – Amundi Czech Ladies Challenge, fired a six-under-par 66 to record the best score by a female golfer.

The highlight of her round was a hole-in-one on the par-three 13th, and she followed that with six birdies within eight holes.

The Scottish golfer had a rough start to her round with a double-bogey on the par-four 10th, she followed that with the hole-in-one on 13th and added six birdies on holes 16, 17 and 2 through 5.

She said: “I saw a few people had a bad start and still finished strong this morning so I knew there would be a lot of chances out there. The hole-in-one was my first one ever and it cancelled out the double-bogey, and I could not stop smiling after that. It just got me back on track.”

Frenchman Xavier Poncelet took the early lead in Italy with a spectacular round of eight-under-par (64), where he made five birdies and one bogey on the front nine before closing his round with four birdies in a row.

There are 11 golfers tied for 13th place on four-under-par including three LETAS players and Australia’s Kristalle Blum carded six birdies and two bogeys.

Blum said: “I had a bit of a wobble on the first two par-threes. But I knew that if I stayed steady it would come later and it did. It is my first time playing a mixed event at the LETAS, but we have had a couple of events like this back home in Australia and it is fun to play against the guys, hopefully we will have more events like this one in the future.”

Amateurs Anouk Casty from Switzerland and Alessia Nobilio from Italy are the best female amateurs in the field, and they also recorded rounds of four-under-par 68.

Casty, who carded six birdies and one bogey, said: “I think it is very cool to play the mixed event, it is quite special to play with the men. Both of the guys I played with were really nice and Simon Bryan is an experienced player, so it was nice to watch them play.”

While Nobilio, who starts her second year at UCLA in August and is a member on the Italian National Team member, recorded a bogey-free round and said: “It was really good golf today; I had a bogey free round so everything was perfect. We had an International Amateur Championship on this course in March where I finished eight, so I can say it was very useful for this week.”