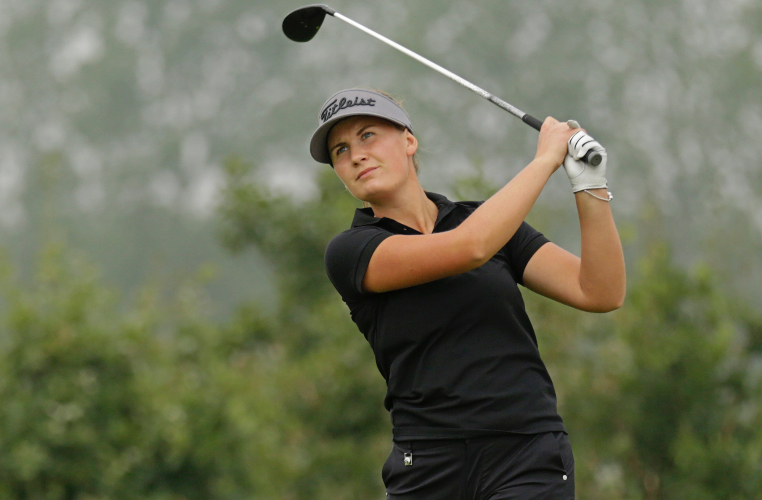 The LET Access Series continues this week with the third tournament of the 2022 season in Sweden, as the Tegelberga Golf Club hosts the PGA Championship Trelleborg for the second year in a row, from May 19-21.

Being known for producing a number of fabulous golfers over the years, Sweden will have 44 players in its home tournament this week. Among many of the home stars will be Anna Magnusson who is currently the highest ranked Swede on the LETAS Order of Merit.

Currently ranked fifth in the standing, she has had a terrific start to the 2022 LETAS season as she clinched two top-10s in the first two events including third place last week in Switzerland.

“I’m very happy with how I’ve been playing so far this season and I look forward to keeping it going. I’m always excited to play in Sweden and I’m happy we have so many tournaments this year,” said the local star who is also enthused to have her mum with her this week.

Knowing the golf conditions in her home country, Magnusson appreciates the great shape of the Tegelberga Golf Course.

“It’s still early in the season in Sweden but the course is in great condition and the greens are rolling great. It could be really cold and windy so fingers crossed the weather is fine this week.”

On the tee will be many players who finished strong in last week’s Flumserberg Ladies Open in Switzerland. Among those is Austria’s Katharina Muehlbauer who is carrying the momentum from a successful 2021 season on LETAS where she finished in tenth.

Muehlbauer, who finished ranked for the 10th in the 2021 LETAS Order of Merit, loves coming back for Sweden which hosts a total of five events this season. “Last year I finished here with a good round so I am trying my best to continue playing like that. I like it here in Sweden with the nice landscape and the nice course that we are playing”

“The last tournament was very good and I started quite well into my season so far, I just enjoy playing competitive golf again and I am happy that the season has finally started,” admitted the 24-year-old who also added she has gained confidence heading into the upcoming tournament.

“So far I have noticed that It is much colder than in August and the wind is quite breezy. This makes it even colder and harder to play out there.

“The course is in a great condition though. The greens are hard and fast so it is going to be challenging out the the next couple of days but I am really looking forward to the first round.”