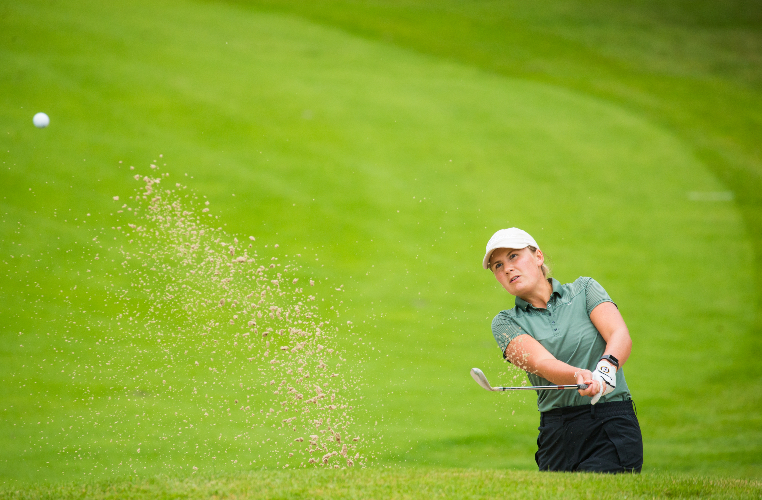 A couple of weeks ago, Sweden’s Anna Magnusson secured her LET card for the 2023 season by finishing sixth on the LET Access Series Order of Merit.

The 27-year-old had a very consistent year with seven-top 10 finishes and four further top-15 results to give her 1,425.26 points from 17 events and clinch the sixth spot.

Magnusson began playing the game when she was aged nine alongside her family and it was a competitive spirit with her brother that made her attend.

“I started playing golf at the age of nine with my brother and my mom,” she said. “My dad has played since he was a kid.

“He just wanted us to try so the three of us had lessons every day for two weeks. To be honest I only went because my coach brought his dog and I wanted to beat my brother.

“I don’t think I knew I loved golf so much until I got to high school, I played a lot of sports when I was younger and loved it all. I realized I wanted to play professionally when I stopped my other sports and just focused on golf in high school. I found out you could go to college and then turn pro, so that was my main goal.”

The Stockholm native turned professional in 2017, having graduated from Morehead State University with a degree in Sports Management.

And some of Magnusson’s best moments as an amateur came during her time in the United States playing college golf.

She continued: “In my last two years of college, I won five tournaments and shot some really low scores, and I just enjoyed playing against some great players.

“My best win was in Myrtle Beach at Caledonia Golf Club, the year before I came one or two shots short, so I came in second, then I came back the next year to win and I did. I also proved to myself that I could do it.

“I didn’t think it was a big deal to turn professional because I always knew I would do it, but of course, it put some trolls in my head when all of a sudden, I was playing for money. But I got through it and now I love it.

“I’ve learned so much on LETAS this year and grown as a person and player. I’ve experienced situations like being on the top of the leaderboard and fighting to win, being in pressured situations, and also enjoying it at the same time.”

What I love about golf is that you meet so many great people and get to go to beautiful places.

My earliest golfing memory is probably our first golf trip to Egypt. My family went with one of my best friend’s family and even though we played so badly we had so much fun together.

I look forward to playing a longer season with great players and just having great people around me on tour.

My dream is of course to win soon! I have goals for next year, but I’ll keep them to myself and my team.