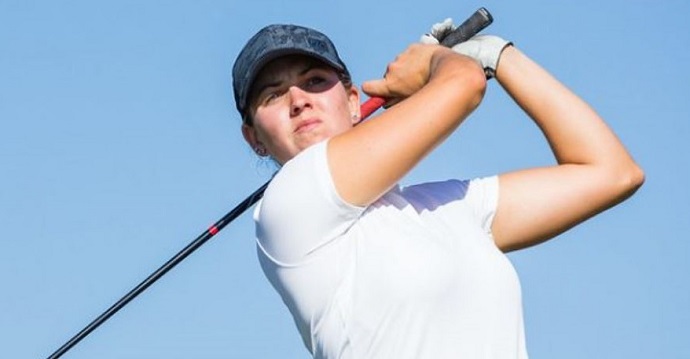 Alison Muirhead claimed medallist honours in Pre-Qualifying for the 2020 Ladies European Tour season with a brilliant final round of one-under-par 71 on the South Course for a 72-hole total of 10-under-par at La Manga Club in Cartagena, Spain.

The 21-year-old Dubai-based Scot, who competed in three LETAS events in 2019, ended four strokes ahead of former Solheim Cup player Becky Brewerton, who shot a final round of four-under-par 67 on the North Course.

Muirhead played the front nine in level par and came back in one-under, finishing strongly under pressure with two birdies in her last three holes.

Weather conditions were a little tougher in the morning, starting out fairly cold, followed by a shower, which Muirfield felt affected the ball flight and the roll of the greens.

She said afterwards: “I’m pretty exhausted, but I feel good about my game. I gave myself lots of chances on the course and didn’t hole as many putts today, but I stayed calm and I made a big putt on 16 and then another big putt on 17, so I felt really confident at the end.

“The birdie putt on 16 was around eight feet, but it was a big turning point for me, because I kept having a lot of lip-outs. Then, on the par-3 17th, I hit my 8-iron to around 21 feet and holed a downhill putt, breaking from left to right, so that was big.”

Muirfield said that she would have a small celebration with her mum, Jill and her friends, including her coach, Mark Gregson Walters and caddie, Gavin Tullis, before making a fresh start for the Final Stage.

“I’m feeling really confident going into the next stage and really looking forward to playing next week,” she said.

A total of 63 players at 13-over-par or better advanced and will join the 57 players already exempt to make a field of 120 players at the Final Stage of Qualifying School at La Manga Club, to be played over five rounds from Wednesday 22nd to Sunday 26th January.