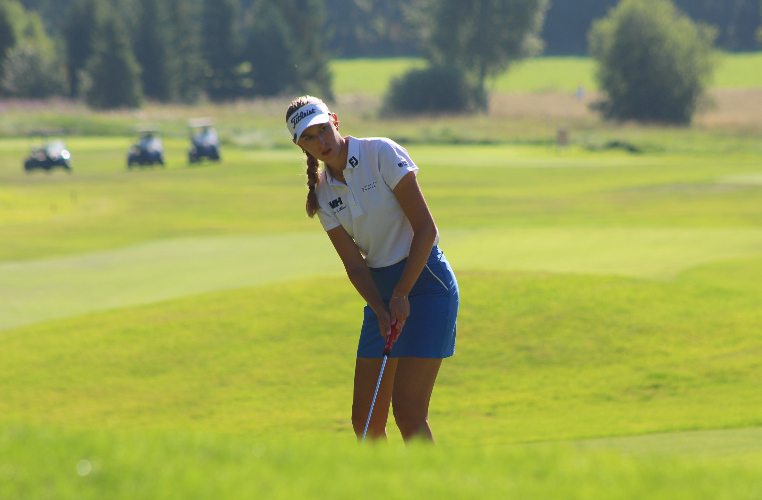 Golf de Lavaux will once again host the ASGI Lavaux Ladies Open as the LET Access Series heads to the 16th event on its 2022 calendar.

A 54-hole stroke play tournament will take place in Puidoux, Switzerland with a total prize fund of €40,000 up for grabs.

LETAS Order of Merit leader Chiara Noja is returning to the tournament having played in last year’s edition while still an amateur and will look to take on board what she learned in 2021.

“The golf course is definitely different from what I grew up playing,” she said. “It can be pretty hilly at times and there are lots of doglegs.

“It’s very different to back home in Dubai and last year was the first time I had played a golf course like that. This year I’m coming in with a little bit more experience under my belt, I’m going to try and hit in the right spots and miss in the right places.”

Noja will tee it up in Switzerland at 8.18 am local time alongside Finland’s Karina Kukkonen and Norway’s Renate Grimstad.

Though the 16-year-old knows that being comfortable and familiar with the golf course will matter, being able to deal with the changeable weather conditions will also be crucial.

She continued: “The golf course is pretty strategic, but it’s also pretty susceptible to weather – it heavily depends on how the wind is blowing, how much it is blowing and if it is raining.

“If there’s sunshine and no real wind, then it’s going to be a really scoreable golf course and I can see scores going low, but if there’s a lot of wind blowing and it’s raining cats and dogs then maybe less so. We’re going to see how it goes and try and keep the ball in play and hole some putts.”

As well as leading the Order of Merit and aiming to secure one of the top six spots for a place on the LET in 2023, Noja is also top of the Rookie of the Year standings.

With her maiden professional victory at the AMUNDI Czech Ladies Challenge, the teenager has recorded eight further top-10s and two top-15 finishes in 2022.

However, it has been a long season for Noja and once the LETAS season is finished she will be looking forward to some normality back at home.

She added: “It has been a really rewarding season to some extent, but I also think it’s been tough mentally and physically. It’s been a long few months, I’ve not been home in over four months now, so I think the homesickness is kicking in.

“I’m really grateful for some of the golf I’ve been able to play and the opportunities out there, it’s been a great season and I’m looking forward to getting back into that teenager routine.”