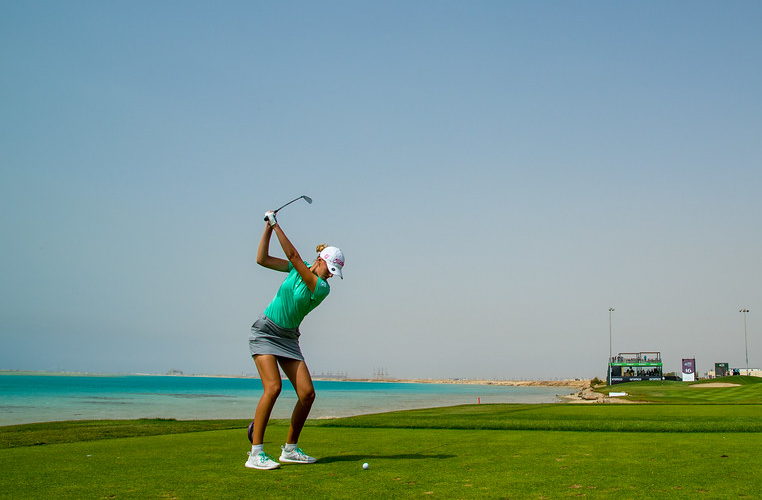 Germany’s Chiara Noja is making sure to concentrate on her processes as she tees it up at the Terre Blanche Ladies Open.

The LET Access Series season-opener will see 96 players compete over 54 holes at the spectacular Golf de Terre Blanche in France.

Noja comes into the tournament off the back of a T13 finish at the Aramco Saudi Ladies International on the Ladies European Tour (LET).

“It was a somewhat disappointing week in Saudi because I played some good golf and for my putter to not have worked in that way was really disappointing in a sense,” said Noja.

“I know I could have achieved a lot more, but I’m striving to be better every single day and I’m looking forward to this week.

Last season Noja, who turned professional at the end of October, made five appearances on LETAS with two top-10 finishes including a tie for second place at the Golf Flanders LETAS Trophy.

Having put in the work to make sure her putting is on point, the German is not placing any expectations on herself and hopes to play the best that she can.

She added: “I’m looking forward to it. The weather forecast looks a little cold, but it is a lovely golf course. I’m going into this week focusing on the process and focusing on some of those key things I strive to do but no real expectations, and I just want to play the best shot possible in that moment.”

The 16-year-old will begin her competition at 9.03am local time alongside Austria’s Katharina Muehlbauer, who finished 10th in last season’s Order of Merit, and France’s Maylis Lamoure.

France is well represented in the entry list with 25 home players in the field including 19 amateurs and two of them are Vairana Heck and Constance Fouillet, who were part of the winning European team at the 2021 PING Junior Solheim Cup.

English amateur Lottie Woad will also compete as will Switzerland’s Elena Colombo, who finished 14th in the Order of Merit last season, and Elena Moosmann, who finished third at the LET’s VP Bank Swiss Ladies Open in 2021.

Round one starts at 8.30am local time on Thursday 31st March.