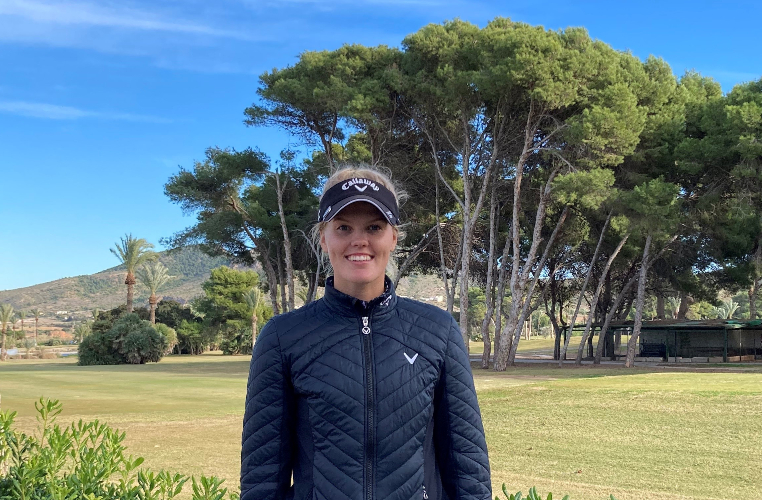 Sweden’s Lisa Pettersson set the pace on the first day of Pre-Qualifying at the 2022 LET Q-School after firing a round of 67 (-4).

The 26-year-old kicked off her Pre-Qualifying campaign on the North Course at La Manga Club and made birdies on the third and fifth holes.

Back-to-back birdies on 10 and 11 put Pettersson at the top of the standings, while another birdie on 15 stretched her advantage before she dropped a shot on 17 to finish on four-under-par.

“The wind is really tough. There are a few holes that are extremely long when the wind is hurting so much, I tried to just take one shot at a time,” said the Swede, who played the full 2021 season on the Symetra Tour.

“I had one tap-in birdie which was really nice but then I also made a really long putt on the 10th hole after a pretty bad approach shot. That kind of got me going a bit because when you make a long putt, you’re not expecting it.

“I’m really happy that I just stayed calm, and I didn’t go for anything that wasn’t reachable and I didn’t make any stupid decisions. I just tried to hit fairways and greens and two-putt, and some went in, and some didn’t.”

French amateur Yvie Chaucheprat sits one shot back on three-under-par having shot a round of 70 on the South Course.

Chaucheprat started her round on the back nine with birdies on 11 and 13, she dropped a shot on the second but bounced back with birdies on the fourth and sixth holes to be three-under.

“My game is good from the beginning so I just played the best I could today,” said the Frenchwoman, who has played on the LET Access Series in 2021.

“I really like my birdie on the 11th because I played a three-wood from the tee and then had 134m to the pin and I hit it to within one metre of the pin, so I was really pleased because the hole scared me a bit with the water and the wind today.”

Three players are tied for third place two shots behind the leader on two-under-par including Northern Ireland’s Olivia Mehaffey.

Three further birdies and two bogeys on her back nine meant she finished with a round of 71 (-2) to be alongside Czech Republic’s Tereza Melecka and Spain’s Elena Hualde.

“It was quite solid; I hit a lot of greens and had a lot of chances. I didn’t putt overall amazing, but I just put the ball in the right places, and it was simple golf,” said Mehaffey, who turned professional earlier this year. “They are both great courses and it is great fun to get to mix it up this week and play both.”

Ten players are T6 having fired a round of one-under on the first day at La Manga Club while six players sit T16 on even par.

One of the moments of the day was when France’s Marion Duvernay sunk a hole-in-one on the par-three fourth hole to secure the first ace of the week.

With the top 75 and ties advancing to the Final Stage of Q-School, everything is up for grabs with three rounds left to play.