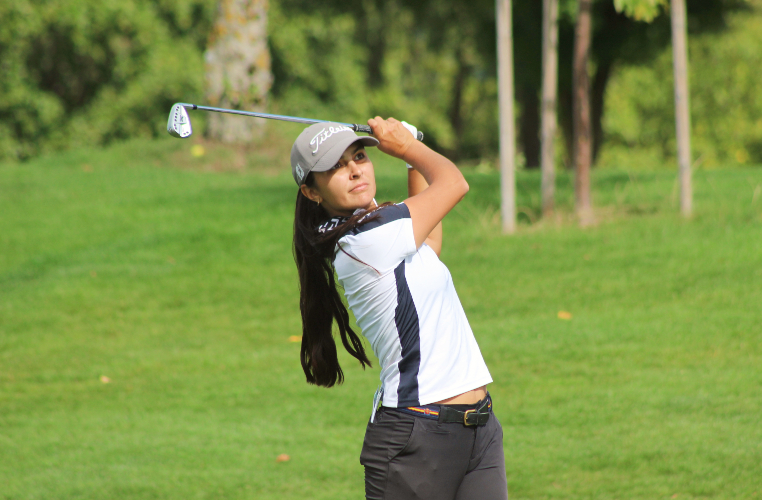 Spanish duo Maria Herraez Galvez and Teresa Diez Moliner share the lead with Swiss amateur star Elena Moosmann after the first round of the ASGI Lavaux Ladies Open in Switzerland.

The three leaders fired an opening round of four-under 68 at Golf de Lavaux to tie the first spot early on in the tournament.

Moosmann carded an early birdie on the par-three second. She dropped one stroke on the fifth hole but bounced back with another birdie on the eighth to make the turn in 35 shots.

The 20-year-old amateur then birdied holes 10 and 12, dropped her last shot of the day on the 13th, and ended her round with back-to-back birdies on 16 and 17 to set the clubhouse lead.

It has been a solid season for the 82nd player on the World Amateur Golf Rankins who already has four top-20 finishes on the LET Access Series in 2022. She is also coming off a good experience at last week’s VP Bank Swiss Ladies Open on the Ladies European Tour.

“It was a great day, I putted good, and I hit a lot of fairways and greens, so it was a nice round. I made a lot of putts between holes five and 12 so that made me comfortable for the rest of the round.”

The 23-year-old dropped one shot on the 14th hole which she quickly erased with another birdie on the 16th to join Moosmann at the top of the leaderboard.

“This is my first year on Tour so the traveling and competing on both the LET and LETAS has been nice. Hopefully, I can still be playing like this tomorrow and the day after so I am very excited for the upcoming days.

“It is great to have my boyfriend on the bag for most tournaments, he gives me a lot of peace and calmness and even though he only just started to play golf we have been very good together on the course.”

Herraez Galvez was the only one from the leading pack to start on the back nine today where she went error-free with birdies on holes 10, 14, and 18 to make the turn in 33 shots.

“I was just taking it one hole at a time and trying to stay in the moment, working with my mental coach over the last couple of weeks has really helped me.”

The Madrid native even got to -5 after making birdies on the fourth and seventh holes and dropped the only shot of the day on the par-four eighth.

“I think there are still some things I could get better at on the last few holes but after a pretty rough first year as a professional, today’s round is just what I needed. I’ve been working a lot, my game has been feeling great for the last couple of months and I just needed to stay patient.”

Spain’s Clara Moyano Reigosa, Czechia’s Sara Kouskova, and France’s Yvie Chaucheprat tie the tenth spot at two-under 70 and round out the top ten.

The second round will start on Thursday morning at 7:45 local time.

After the completion of 36 holes, 45 professionals plus ties will make the cut.