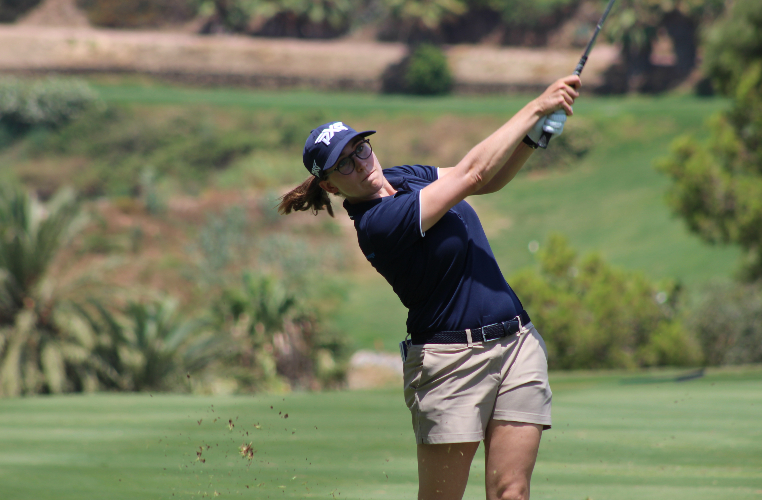 Virginia Elena Carta of Italy holds a two-stroke lead in the Santander Golf Tour – Malaga after shooting an opening round of four-under-par 68 in warm and sunny conditions at Golf Torrequebrada in Costa del Sol.

Carta, who is ranked 33rd on LET‘s Race to Costa del Sol, started steadily with her first birdie putt dropping on the par-four fifth before scoring again on another par-four eighth to make the turn in 34 strokes.

She posted three more birdies on the back nine and two bogeys to capture the best round of the first round in Malaga.

“It’s a nice and fun course where you can make a lot of birdies but also a lot of bogeys, so you have to stay patient. We are only on day one so I will try to keep my expectations down and just play one shot at a time.”

The Italian star likes to get many competitive rounds under her belt and has already secured five top-20 finishes on the LET.

“This is good preparation for me for the upcoming weeks. It’s always nice to play tournaments, to be here in Spain and get ready.”

Swedish amateur Sara Ericsson started her round with 12 straight pars followed by three birdies and one bogey on the back nine to sign for a two-under-par 70.

The Swede lies in second place alongside the Netherlands’ Nikki Hofstede who had a great start to her round, finding herself on three-under-par through five holes.

The second round will start on Friday morning at 8:00 with the leader Carta teeing off at 12:24 local time.